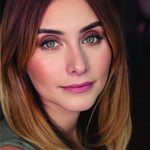 Danielle has been a working actress for over 26 years. Danielle began her career alongside John Rubenstein and Brian Stokes-Mitchell in the West Coast Premiere of Ragtime at the Shubert Theatre. Since then Danielle has amassed an impressive list of television credits, guest starring in many popular shows such as: Without a Trace and Beverly Hills, 90210. Danielle has also worked with a number of talented actors and directors in films such as John Carpenter’s Village of the Damned starring the late Christopher Reeve, the indie film Traveler starring Bill Paxton and Mark Walhberg, Puppet Masters alongside Cory Feldman, and Beethoven’s 3rd with Judge Reinhold. Danielle can also be seen in the films American Black Beauty and Protecting the King, which she stars as the girlfriend of Elvis Presley’s stepbrother and bodyguard. Danielle also portrayed Anne Frank at the California Theatre and Jo in Little Women at The Long Beach Playhouse. More recently, Danielle has expanded her involvement in the entertainment industry working as a Casting Director, Producer and spending three years on the Warner Brothers lot as a Development Assistant for Director Todd Phillips and Actor Bradley Cooper’s feature film and television production company. Danielle is also Vice President for a nonprofit organization honoring Young Entertainers that held its first ceremony in 2016 at The Globe Theatre inside Universal Studios.

“The two people that taught me to be creative, believe in myself, take chances, that anything you set your mind to is possible if you do the work, were my two acting teachers. After being in front of the camera and on stage for most of my life, my heart was craving more. I wanted to give back the knowledge and techniques I learned and hopefully one day inspire my students the way my teachers influenced me. Acting is not just about becoming famous, it’s about finding out who you are, making lasting friendships, and forming a strong work ethnic that you can carry on in any career path you choose.” ~Danielle