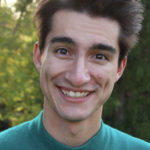 Brayden Martino is a writer, director, and actor born and raised in Orange County. He currently studies Improv at The Groundlings Theatre & School, and performs at The Disneyland Resort. In 2017, Brayden won the OC Cappies Best Comic Actor Award for his role as Black Stache (Peter and the Starcatcher), and was recognized by the OC Register as a Top 10 Artist of the Year. Since then, he has performed across Orange County, most recently at The GEM Theatre in Garden Grove (Beauty and the Beast, Guys and Dolls). He is the writer and director of two original parody musicals (It’s Not Ogre Yet: A Shrek 2 Musical Parody, and Ya Like Jazz? A Bee Movie Musical Parody), and an original play (Clown Island). He has also worked with Klubhouse Arts, co-directing several shows such as Heathers: The Musical and Sockhop on Saturn: a 1950s Immersive Experience. Brayden also enjoys performing circus tricks such as unicycling, juggling, stilt-walking, and clowning.