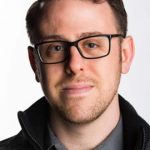 Aaron graduated from Chapman University Conservatory of Music with a Bachelors in Music in Music Education and a Minor in Arts in World Cultures. He was honored his Senior year with Chapman University’s publication of his senior thesis entitled, “Rama, Raga and Rava: A Study on the Implicit Cultural Connections and Complementary Nature of Music and Culinary Arts in India” in their online research journal.

Apart from his years of teaching all styles of voice, Aaron has worked as a vocalist in several choirs, studio recording ensembles, and contemporary a cappella groups, for which he also arranged. He competed with Chapman University’s a cappella ensemble SoundCheck in the International Championship of Collegiate A Cappella (ICCA) for three years, and is a featured artist on SoundCheck’s first album, “Everything.” As an orchestrator, Aaron had the privilege of working with Tony Award-winning producer, Tim Kashani, orchestrating new musicals headed for Broadway, and with Blizzard Entertainment orchestrating scores for World of Warcraft. Aaron additionally works as a composer for concert as well as film, several of his films being featured at the LA International Women’s Film Festival, American Artist Film Festival, Poppy Jasper Short Film Festival, and the Los Angeles Movie Awards.

Whether teaching privately or in a class setting, Aaron works to inspire his students not only to become well rounded, great musicians, but to be creative, take ownership, and add their own personality into the music.